The first thing that I was thinking of, when I started this piece, was an earthy palatte of colours that is my favourite. I took pains to ensure that the designs would not seem similar to a couple of pendants, I had done in similar colour tones, before. 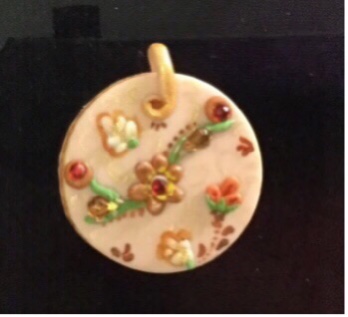 While the technique was inspired by the ever popular faux clay embroidery, it is not truly the same as that. It is slightly reminiscent of a henna design , even when it is colourful.

Once the clay design was set in , It was time to add the rhinestones. I find a few aesthetic placements of the bling better, rather than going overboard with it.

Finally, when it was done, it felt like there was still there was something lacking. Since the design was inspired by a mehendi style design, I decided to accent the dimensional design with a few tints of brick red.

I also edged the side with the similar design, with also some raised accents .There are a few amber colour rhinestones, hence when I picked out the simple wooden beads, shaped like rice grains, again, earthy and organic to complement the feel of the pendant - I picked a few amber beads also to create the accents on the necklace.

While I do go off a tangent and sometimes just put together a design, this was one of those that I took a long time to find the right fit. I hope that I was able to do it justice. 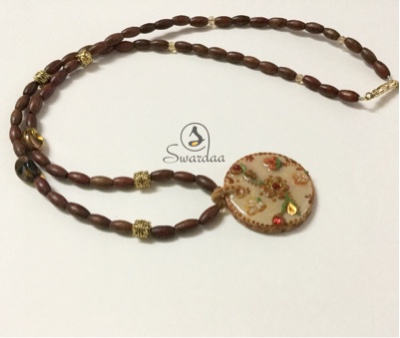 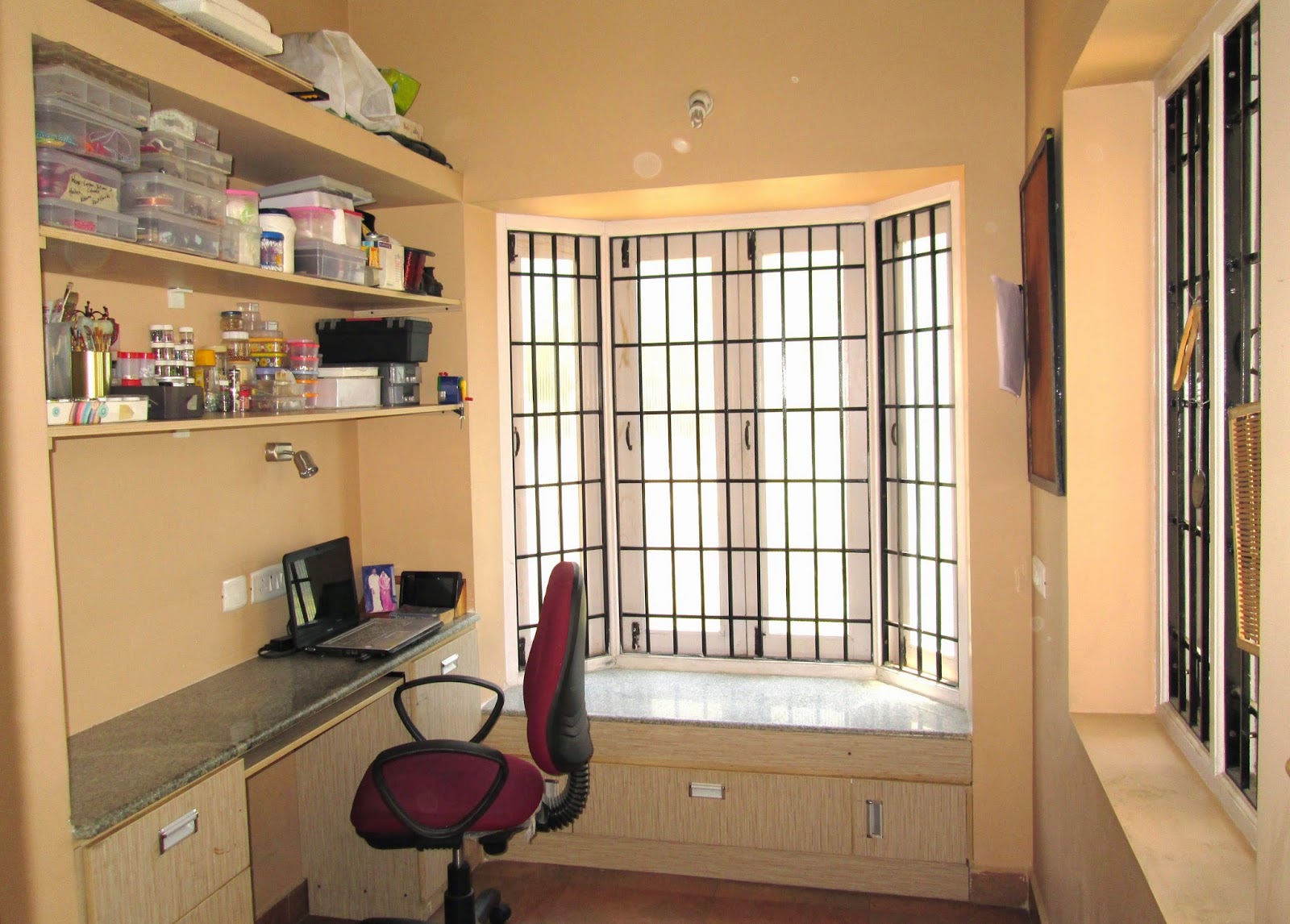